Super User is a question and answer site for computer enthusiasts and power users. It only takes a minute to sign up.

Anybody can ask a question

The best answers are voted up and rise to the top

Stack Overflow for Teams is moving to its own domain! When the migration is complete, you will access your Teams at stackoverflowteams.com, and they will no longer appear in the left sidebar on stackoverflow.com.

Check your email for updates.

Connect and share knowledge within a single location that is structured and easy to search.

I have a Verizon router that only has 3 LAN ports. I want to use a splitter in one of the ports so I can have an additional port. What do I use?

You can't split Ethernet like a water pipe or a TV aerial, it is a point to point communication.

What you can do is change the number of points available to you.

An Ethernet Switch [or older-style Hub] can take one of the sockets from your router & then split it out to 4, 8 or more new connections - each retaining its point to point nature.
You can get these for as little as $£€ 10 - 15 on Amazon/eBay etc. 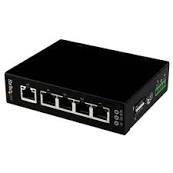 In its simplest form, this just gives you 'more sockets'. The device itself is invisible on your network, it simply passes messages along to their intended destination, just as though your router had more sockets of its own.

As mentioned in comments - avoid these things… 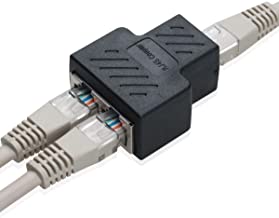 There are two types, equally as bad. [They do have their uses, but can be a bit of a trap for a beginner looking only for "the cheapest, easiest way to do something".]
One type allows two connections at full speed, but only allows one device at a time to use it, it will not 'share'.
The other must be used in pairs and will potentially drop your ethernet speed by a factor of 10, from 1000Base-T to only 100Base-T. They work by sending two distinct sets of 4 wires rather than one set of 8, which is what is needed for full Gigabit Ethernet.
As you have to buy them in pairs to get them to work at all, by the time you've done that you could have bought a proper Switch.

Not the answer you're looking for? Browse other questions tagged or ask your own question.

26
Why do they sell Cat 5 Ethernet splitters if you can’t split the signal?

1
Use the LAN port as a WAN port replacement?
0
Using a second Wifi Router (in order to use a LAN port)
2
Can my Modem Ethernet split for two routers?
0
One LAN internet One Wi-Fi router and One PC
1
Can I use a DSL router for LAN to WAN with ethernet?
0
Why connecting the WAN port and a LAN port of a router?
0
Load balance 2 DSL routers using a 3rd(4 LAN, 1 WAN port router)?
0
IPTV VLAN & LAN on one port / multicast issue